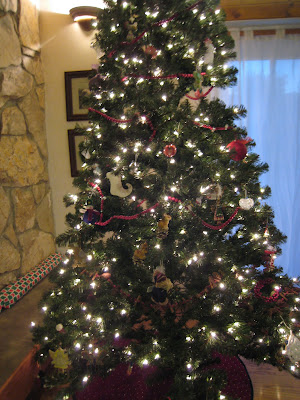 We had a wonderful Christmas. Here are some of the highlights.
• Beginning with a rainy trip to San Anselmo to visit Papa and Katrina.
• A Christmas Eve of new pajamas, hot chocolate, The Nativity, and falling asleep to Swiss Family Robinson.
• Canyon sneaking into the family room to announce calmly that: “Guys…Santa did come.”
• Alice opening and loving her Princess Leia Barbie.
• Canyon jumping up and down upon opening his Star Wars lego shuttle from Nana & Papa.
• Dustin, Lily, and Canyon spending the rest of the day putting together said shuttle.
• Jane opening her dolly and within five minutes “giving” it to Alice (at least according to Alice).
• My new rain jacket I was coveting.
• Lots and lots and lots of kitchen supplies for ‘The Barn.’
• Having an amazing Christmas dinner with family and playing with our new toys with our cousins.
• Watching Wall-e that night, exhausted, but snuggly in our new pajamas.

We then had a few great days spending time with Brooke and her darling, amazing, smart boys playing outside in the sunshine, legos, a trip to the movies, and yummy sushi. 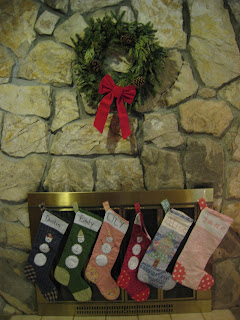 The relative calm before the storm. 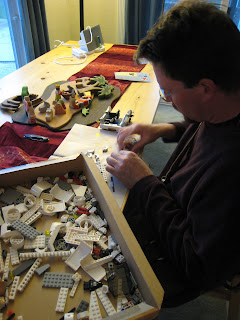 Dustin and the Star Wars shuttle. 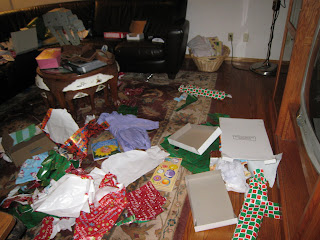 The state of the family room after. 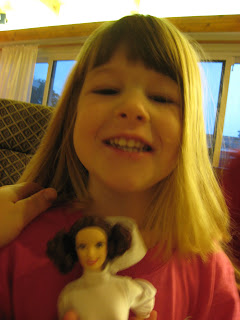 What's a girl to do? 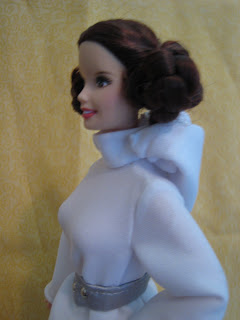 So Alice, yes we’re talking about Alice again, is not like Lily. Maybe that is obvious to most of you parents out there…that your kids are different. It’s adjusting to these differences that takes a little effort. So Lily is not, except for a few month stint when she was two, the girly girl type. She’s not necessarily a tom boy, but she’s just less interested in princesses and the color pink. Alice was born a princess and Jane is quietly following suit. While embracing every whim and sensibility that define what a princess is…she has recently taken an interesting turn brought about by this household's OBSESSION with Star Wars. She officially LOVES Princess Leia and just to qualify the differences between Leia and, let’s say, Sleeping Beauty—in Alice’s own words (as she’s watching Princess Leia strangle Jabba the Hut): “Mommy, Princess Leia can save herself!” So the light went on and Alice realized that she doesn’t need a prince if she’s a Leia. Let’s just say that she’s not waiting for a prince to come and rescue her.

So when Alice insisted on a Barbie for Christmas I did what every self-respecting mother of a princess would do: I went to the Disney web site and found a myriad of Barbie princesses (on sale even). As I’m browsing through the Snow Whites and Cinderellas I casually ask Alice which princess she wants and….duh…she wants Princess Leia. So, the Leia barbies are only hundreds of dollars on ebay, collectables of course. They probably haven’t made a Leia Barbie since 1979. So, what’s a girl to do? So I pooled all of my mom resources and made myself a Princess Leia Barbie. My friend Jill who also happens to be an expert on barbies, a seamstress, and a creative mastermind agreed to make the Leia costume. Then she coached me on what Barbie to try and find to substitute for Leia. Apparently I needed to find a Barbie with hair already parted in the middle (so we could make the infamous buns) because, unbeknownst to me, you can’t just part a barbie’s hair wherever you want (these are the sorts of things I need to learn). I found a perfectly respectable Dorothy (Wiz of Oz) Barbie on Amazon for $12. She passed the Jill hair test and we were in business. The dress, of course, is perfect and to add to the outfit, I raided all of my friends, who are mothers of girls, Barbie stashes and stole some Hannah Montana boots from Trisha’s daughters. In case you didn’t know, Hannah Montana boots look a lot like Princess Leia boots. And finally, my talented sister-in-law, Trieste, personalized the cardboard suitcase I got for her and her Barbie. The whole ensemble: Barbie, dress, boots, suitcase, was much, much less than the ebay Leia—and, in my opinion, better. What Alice will probably never understand, maybe until she’s a mother, is how many people and resources pulled together to get her a Princess Leia doll—in the hopes that she can one day kick some Jabba butt. 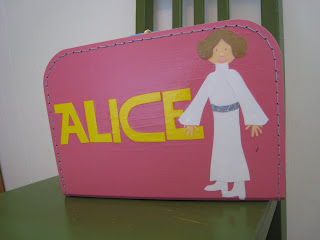 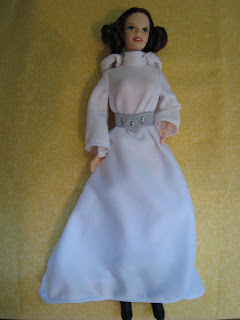 Somthing About the Christmas Season.

I know that my parents agree that In-N-Out Burger is a magical place. Well, we have proof. We went to In-N-Out for dinner the other night for dinner. It was one of those rare occasions when I didn’t make dinner and Dustin was too hungry for pancakes (usually he’s totally ok with pancakes). We got all the food and all six of us squeezed into a little booth. We were just being our natural charming selves, eating our fries, fighting over shakes and guarding our diet coke with an unrivaled passion (that last one was mostly me), when a man came over to our table. Dustin said later that he was sure that the guy was panhandling and was drumming up an excuse not to give him some money when he said: “I hope that you and your kids have a Merry Christmas,” set something on the table and jetted out the door. It took us a few moments to realize that he had so casually given us a hundred dollar bill. Wow. Dustin’s mouth was officially opened in disbelief. It was a little weird and awkward at first, I mean who gives complete strangers a hundred dollars? Don’t get me wrong…the awkwardness wore off really fast. We then became infamous to that In-N-Out crowd.


Guy at the table next to us: “Wow, what just happened?”

Us: “That guy just gave us a hundred bucks.”

Us: “He just said Merry Christmas.”

Him: “Wow, you don’t see that everyday.”

Later, Dustin and I wondered why he gave us the money. As far as we know, we didn’t look too white trash, our kids were somewhat clean and we seemed to have plenty of French fries and burgers for everyone (we were making them share milkshakes though…). We finally decided that he was charmed by our family, Dustin’s obvious love for me, Lily’s witty remarks, Canyon’s freckles, Alice’s spunk, and Jane’s pretty smile. Our friends, respectfully, disagree. They think that it was the sheer number of kids—I mean we obviously have a lot of presents to buy. I like to think that we charmed him.

Anyway, as much as I would love to spend that money on me, me, and me—we decided that the best lesson to the kids would be to pay it forward. We’re going to the police station where they have a tree hung with cards stating the needs of some of the people in our community. We’re going to pick some, all go shopping together for the items and then return the gifts to the station. I hope that, because the kids are participating in this process that they can learn something about what Christmas is really about. However, in the mean time, I am happy to admit that charity is not dead and that there are decent and giving people out there in the world. And I just wanted to thank that random stranger for his gift and wish him a Merry Christmas.
Posted by Emily at 2:38 PM 10 comments: